The Worst Answer to “How Much of Sales Should We Make?”

Last week, I met an old friend after a decade. And I was shocked!

During our college years, he was as thin as a stick. But now he was so obese that he had trouble walking. I asked whether he had faced some ailments which led to this.

Turns out, it was nothing of that sort. He was tired of the nickname hanger and decided to increase his weight. He began eating everything without keeping an eye on what he ate.

In the beginning, this turned out well. But with time, he continued eating more sugar and fried stuff. Now he suffers from cholesterol and diabetes.

All of us want more things in life: more wealth, more fame, more love. But because we never stop to think how much “more” really means, we try to do everything. With this comes more side-effects: more failure, more exhaustion, more disappointment and stress.

This behaviour is not limited to personal life. It’s evident in the business world as well. And nowhere is it more evident than in sales revenue.

Since old times, sales leaders have been giving the same answer to the question of how much sales volume to increase: “more.”

Meet more customers, add more leads to the pipeline, make more sales, collect more receivables, increase sales volume. It’s as if leaders assume that the challenge of  low numbers of units sold can be solved by simply asking the team to “do more.”

How “More” Leads to Less

“If you don’t know how much you need, the default easily becomes: more” – Ryan Holiday

Such demands make leaders feel in control. But it’s similar to my friend eating more food without knowing what he really wanted to achieve.

Vague instructions send out mixed signals to the team. As a result, it scrambles in every possible direction to achieve these goals. Salespeople meet prospects who are not the target audience, force-sell to customers who don’t need the product (even though unethical methods), and take actions in the short term that compromise long-term growth.

This has a cascading effect throughout the organization. An increase in returned goods, higher outstanding revenue, loss of customers, increased complexity in operations – the entire business gets affected. What follows is a drop in productivity and employee morale.

I don’t know about you, but this is not how most leaders want their business to function.

So What is the Alternative and how to increase the sales volume?

Coming back to the example of my college friend, a better way for him to increase weight would have been to consult a dietician because he would understand how many carbohydrates, fats, and proteins to consume daily. He would get accurate advice on what food to eat and what to avoid.

The result would’ve been a healthier and happier life.

Similarly, leaders should get more specific. Not just with what they want but also how, and should convey the same clearly to their teams.

With wider adoption and ease of use of CRM tools, leaders now have vast amounts of data and analysis at their fingertips. They can use this data to study current trends and compare it with historic performance, and provide relevant actionable points to their sales force.

Want 10% more sales? Okay, meet 45% more prospects by doing X. Want 15% more revenue from existing customers? Okay, do Y. Want to sell 20% more of Product Z in the next quarter? Meet such-and-such type of customers. Not getting this type of customers in your sales database? Raise a red flag and we will take it up with the marketing team.

Merely being able to state goals in review meetings is not as important as being able to reverse engineer how to achieve them. When managers and leaders lay out a clear path, everyone knows the direction they should move in. As a result, it becomes simpler and quicker to achieve the goal.

A hidden advantage of focusing on numbers is that it also enables leaders to identify where specific salespeople are lacking and coach them to strengthen that aspect. With a stronger and more capable salesforce, larger goals also don’t appear out of reach.

Technology has brought greater visibility of data. But the onus of analyzing the data and identifying what to focus on still lies on human beings. We cannot follow the practices of yesterday while embracing the tools of today and expect better results.

When sales managers focus on specifics and understand how numbers relate to each other, they can predict the sales pipeline and revenue more accurately, and take swifter action to fix problems. Specific information makes it simpler to track people’s performance and make accountability and productivity part of the organization’s culture.

And the culture of an organization dictates its performance in the long run. 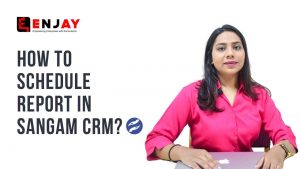 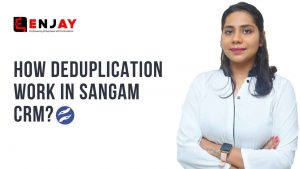 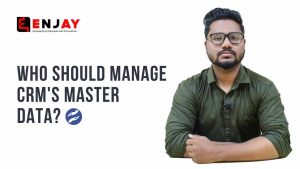 Who Should Manage Master Data?